While there are a lot of stereotypes about Texans that can be dispelled as myths, their love for barbeques is certainly not one of them. Most families in Texas have some kind of a grill or smoker in their homes and the common love for briskets, sausages, and other meaty delights bring everyone closer during weekends and holidays. Barbeque shacks and restaurantsin the Lone Star State keep on getting passed down from generation to generation while customers remain generally remain loyal.

In a state where almost everyone considers themselves a meat and barbeque expert, only the best restaurants survive. Such is the story of Miss Tootsie one of the oldest pitmasters in the state. More than 80 years old, Miss Tootsie is famous in her local community of Lexington. Her journey began when she started working as a helper in a local city meat market back in 1966. She and her husband, later on, opened a joint in Lexington and started barbequing for the locals every Saturday and continued doing so for the next 20 years. She became a local legend and people started flocking over from other towns and even other countries. She still shows up every Saturday to do what she does best. Stories of lifelong dedication to become the best pitmaster in town are all but too common. So how does Texas barbeque separate itself from the competition?

Many food places located throughout the US proudly declare themselves as “Authentic Texas Barbeque”. Sadly, however, they end up serving meat so tough that by eating there even monthly visiting an authentic Texas dentist also becomes a monthly affair. Most barbeque joints go wrong by placing the meat on grills that are too hot in an attempt to cook it faster. In doing so they immediately shift away from the slow cooking philosophy of a true blue Texas barbeque. Texan pitmasters often put briskets on low heat for more than 20 hours. The results are melt-in-your-mouth meat that retains all its juicy goodness.

Texans usually prefer to keep the rub as simple as they can. Few basic ingredients such as salt, pepper, and garlic powder help bring out the taste of the meat without overpowering it. Different places use different ratios of the ingredient and tweak the dry marinade in their unique way. Some pitmasters add a few secret ingredients such as a cayenne but for most parts, the rub stays simple.

While some new barbeque places use gas-assisted or charcoal smokers, purist pitmasters still prefer to use hardwood. Oakwood is often the preferred choice as they incorporate an amazing smoky flavor to the meat. However managing a wood-burned fire to keep the heat at an optimum level is something that takes years to master.

Stereotyping Texas barbeque and saying it’s all about the oldschool art of cooking meat would be misleading. Texas is letting go of old traditions and embarrassing new bbq tricks. There is a whole generation of pitmasters who want to do things differently and serve up meat that’s not confined within the traditional parameters. The barbeque joint, Franklin in Austin, Texas is one of the many new-age barbeque places that’s challenging the traditional beliefs.The place gets crowded by young Texans and people often have to wait for hours before they get a seat. The owner of Franklin Barbecue, Aaron Franklin says he is not bound by traditions and cook whatever and however he wants. This strategy has served him well as the restaurant has skyrocketed to the top and is now deemed as one of the best barbeque places in Texas. The public opinion is divided. Some continue to root for the oldschool way of doing things while others believe in the change. However, one thing is for sure. When it comes to barbeque places in Texas there is no space for mediocre. 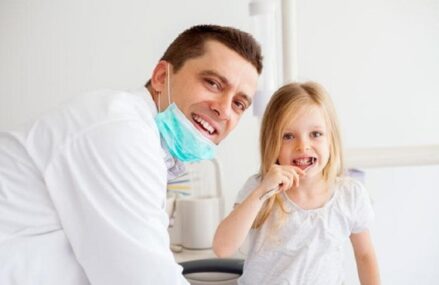 Main Dissimilarities Between a Pediatric Dentist and a General Dentist

How Common Are Dental Emergencies?